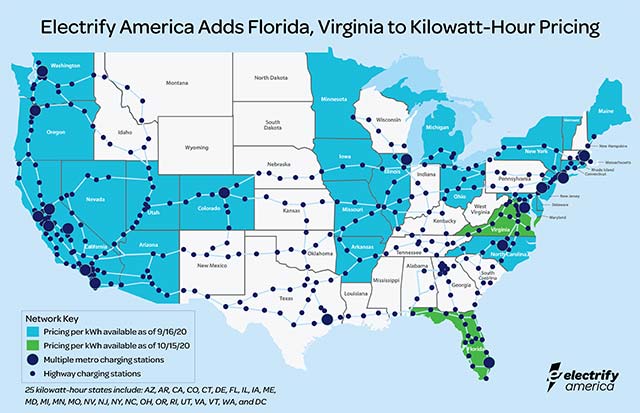 Electric vehicle drivers in Florida and Virginia now join the growing number of Electrify America customers who pay by the amount of energy used to charge their vehicle, as the network has officially added the two states to its new kilowatt-hour (kWh) pricing plan. Electrify America updated its pricing structure in September 2020 to reflect […]